What cars use AdBlue in Australia? With the introduction of Euro 6 standards for permissible levels of pollutants that new cars are allowed to emit, every brand new car since 2015 has had to meet the standard. Euro 6 is a set of limits designed to control the amount of harmful emissions petrol and diesel-powered engines produce. No more than 80 mg/km of nitrogen gas emissions are allowed for a diesel car to comply with the standards. This new standard decreases the proper amount of nitrogen oxides by about %67. You might have heard about AdBlue, a special liquid used by diesel engines.

AdBlue helps decrease the amount of nitrous oxide produced by the diesel engine. Cars that use AdBlue have a unique gauge showing the levels and notifying the driver when the amounts are running low. It is stored in a tank, and most new diesel vehicles require AdBlue to operate, such as Ford Everest. Different brands and models of diesel cars in Australia require AdBlue. This article will talk about what AdBlue is, how much it costs, and what vehicles in Australia need AdBlue to operate. Keep reading to find out which car brands in Australia currently use this innovative substance. Different models and types of diesel vehicles use diesel exhaust fuel to reach the proper emission amounts. The amount of exhaust fuel used by the engine depends on vehicle type and model, how much load the car carries, your vehicle use and driving style. But typically, the tank lasts for about 12,000 to 16,000 kilometres for a Ford Everest, as an example.

How do I know if my vehicle requires AdBlue to run?

AdBlue is used by heavy agricultural, mining and transport commercial vehicles. A significant number of heavy and light commercial vehicles that use diesel-powered engines need AdBlue. But aside from those, some passenger cars also need a minimum amount of diesel exhaust fuel. Car models that are Euro 6 compliant and use diesel as fuel, many utes and 4WDs also use AdBlue. Diesel vehicle manufacturers such as Audi, BMW, Citroen, Jaguar, Land Rover, Mercedes-Benz, Peugeot, Renault, Skoda, Volkswagen, and Volvo all produce cars that use AdBlue. On the other hand, Petrol-powered vehicles do not require AdBlue for operation.

Can I drive my car without AdBlue?

The short answer to this question is no; you simply cannot drive your car without AdBlue. The engines are designed in a way that insufficient amounts of diesel exhaust fuel in the tank will stop the engine. This is done through sensors that are placed throughout your car. If sensors detect low quantities of AdBlue or any violations in the system, the motor stops working. You will be notified by an indicator on your car display. The engine performance will be limited or entirely shut down until you have cleared the issue.

Most car sensors will notify you when the amount of diesel exhaust fuel in your car tank starts to run low. When the indicator beeps, you still have around 1000 miles given or taken before you run out of your diesel exhaust fuel. Do not ignore the warning and postpone refilling your AdBlue tank, or your car might leave you on the side of the road somewhere. How much does AdBlue cost?

You can buy AdBlue from car shops and fuel stations or online shops like Amazon. There are 10 and 20-litre containers for sale, and at fuel stations, you can buy from the pump. The price depends on package size and brand, but in Australia, you can expect to pay between 60 cents to $1.50 per litre. AUSBlue is the largest supplier of diesel exhaust fuel in Australia. They sell their product at around $1.50 to $2.50 per litre.

Compared to other costs of owning a car, such as motor oil or even petrol costs, AdBlue costs are relatively cheaper. However, the price might fluctuate, and in times of shortage, the price rises. As we mentioned, how you use and drive your car affects how much diesel exhaust fuel is used. Read our article on Tips For Saving on Petrol Costs to learn how to decrease your car’s energy use.

Which cars need AdBlue in Australia?

So, among the various models and brands of cars Australians use, which rely on AdBlue? We have prepared a list of some popular brands of diesel cars that use AdBlue and are available in Australia.

The French manufacturer has a couple popular diesel-fueled SUVs that use AdBlue. The 3008 and the 5008 GT are two models available in Australia.

Mercedes also offers numerous vehicles using AdBlue, particularly those fitted with BlueTEC technology, such as the Marco Polo, Valente, V220d, and V250d passenger models. The GLE300d, GLE400d, GLS400d, and G400d SUV models also use diesel exhaust fuel. Access to the AdBlue tank is generally next to the fuel tank on Mercedes vehicles.

Audi also uses diesel exhaust fuel in its recent Diesel models. Passenger models in Australia, including the A4, A6 and A8, use AdBlue. The same applies to the Q range with the Q5, Q7 and Q8. Depending on the model, the tank may accommodate between 12 and 24 litres of AdBlue.

There are other famous car brands in Australia with diesel models that use diesel exhaust fuels. Cars such as Ford Everest, BMW X3, Jeep Compass, Jaguar F-Pace, Alpina XD3, and SsangYong Ultimate 1.6 diesel.

Some diesel engines use AdBlue to help convert nitrogen oxide to nitrogen and water vapour and meet rigid Euro 6 emissions standards. The car engine performance relies on diesel exhaust fuel , and if the tank is empty, the car will not function. Many of the famous brands that operate in Australia have AdBlue powered diesel engines. If you have a diesel engine, but you don’t like the reliance on diesel exhaust fuel , we could help you change to a petrol model. We pay cash for unwanted trucks, 4WDs and Utes. We accept all cars manufactured by Ford, BMW and other brands. Visit our website to check how much we pay cash for cars in Brisbane, Gold Coast, Caboolture, Ipswich, and Logan.

What should I do if I put diesel in the AdBlue tank?

Be careful not to start the engine. It could damage the injection system, and replacing it will cost you a lot. You should drain the tank. The best course of action is to call your car service provider to help you drain the diesel.

What should I do if I put AdBlue in the diesel tank?

You should be careful not to start the engine. You need to drain the tank. It would be better to call your car service provider if you don’t know how to do it yourself.

Which car brands use AdBlue?

Many of the most prominent car manufacturing brands produce diesel cars that need AdBlue. Brands such as Peugeot, Mercedes, Volkswagen, BMW, and Audi are among the famous names. 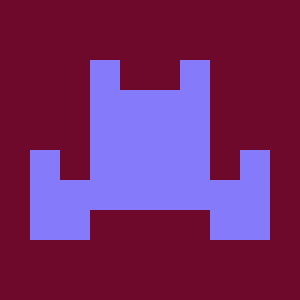