The Process of Car Recycling In Brisbane After the end of the useful life of vehicles and before replacing them with new cars, the most logical method is car recycling. In addition to economic and industrial benefits, car recycling in Brisbane also helps to protect the Australian environment. This industry is one of the most important sources of raw materials for the steel industry and the added value of scrap iron from junk cars is far greater than the consumption of iron ore. For this reason, steel produced from the source of junk cars is much cheaper than steel produced from the conversion of iron ore.

In the production of modern cars, large amounts of various metals are used, and if these metals are recycled, while preserving their physical properties, a significant amount of energy and cost savings are saved. Many of these metals are very expensive and limited due to their characteristics of production and supply in world markets. Recycled metals are used in other industries in addition to manufacturing and automotive industries, such as packaging, home appliances, and building materials. About 11 million vehicles are collected and recycled annually worldwide. Scrap iron from this process provides up to 40% of the total scrap iron required by the steel industry in all parts of the world.

According to a scientific study, in iron factories that use low-sulfur scrap iron instead of high-sulfur iron ore, air pollution is reduced by up to 86% and water pollution by up to 76%. A group of American experts have studied this issue and found that the use of scrap iron from junk cars is very low. For this reason, it is recommended to use car recycling methods more. Factories and recycling centers can have different shapes in terms of volume and size; Some operate as small, low-capacity workshops, and some as well-equipped, mechanized factories. In some of these centers, which have good facilities, The process of car recycling is done in one place, but in small centers, only a part of the recycling process is done in a single place.

However, it is necessary to examine each of the stages of the car recycling process separately to determine its true benefits. In the process of car recycling, several operations are performed in a specific sequence, which are:

Each of the above six steps involves specific operations that are briefly described.

The parts that can be used are sold to specific customers at a cheaper price than the market. Even some rare pieces can be found among scrapped pieces. Other plastic and glass parts of used cars can be easily recycled. These materials are used in the production of spare parts for new cars.

In the third stage of scrapping the car and car recycling, the different parts of the engine, differential, gearbox, and axles are separated. This step is actually the last step before sending the car body to the cutting or pressing part.

With calling to Junk Car Removals helps to protect the Australian environment. We hope you enjoy this article. 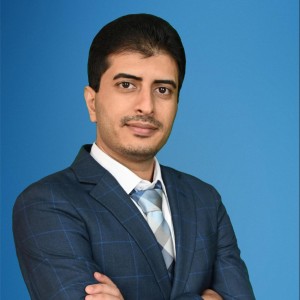 We accept any Brands in any conditions