Why You Should Sell Your Used Car In Brisbane? Why You Should Sell Your Used Car?

Most of the countries inside and outside Europe implemented scrapping used car plan in the 1990s to increase the transportation renovation rate as well as to improve environmental conditions. Scrapping used cars is a proper method to reduce vehicles that pollute the air because they are disproportionately involved in air pollution, but designing a scrapping policy without side effects is difficult.

The direct effect of the used car scrapping plan is to reduce CO2 emissions from old vehicles. So they replace older, air-polluting vehicles with newer, cleaner vehicles. However, since the real difference in the environmental performance of old and new cars is significant, and the energy consumption and environmental damage in car consumption is much greater than the production and renovation of the car, the positive environmental impact should probably prevail for most projects implemented. In receiving cash in exchange for scrapping your used car, there is a certain reward for each scrapped car, even if the consumer has decided on the next alternative. Short-term plans are much more efficient than long-term ones. The number of used cars obsolete by these plans shall not exceed the number of cars selected from among the gross emission agents in the fleet. Otherwise, the cost per ton of avoidable CO2 emissions will increase significantly.

Renovating junk cars in the long run can bring benefits such as reduced fuel consumption and less vehicle pollution.

The cars definitely have a useful lifespan like any other device that a human uses optimally, which if its operating time is longer than its normal limit, will create unfavorable conditions for the continuation of human activity and life cycle. Disorders such as vehicle depreciation, reduced safety, noise and air pollution, high fuel consumption, emissions of environmental pollutants and unsightly appearance, and ultimately causing problems and problems for humans and society, which is only part of the problems of using used cars. They create worn-out cars and undoubtedly face many problems for society.

The Advantages Of Selling Your Used Car

When you drive your car the mileage goes up and this causes the costs to go up. When you drive more your car will need fixing more often and it will be necessary to replace some parts and the expenses of general upkeep of the car will increase. The used cars will cost expensive repairs every month and you can sell your used car and invest to buy a new one. This will help you to save your time and money and you will have less trouble. If we want to consider the effect of scrapping old cars on increasing transportation safety and reducing accidents.

When a car expires, many of its parts will break down, which in some parts will cause the vehicle to overturn while moving. Scrapping used cars is very effective in reducing fuel consumption because many old cars not only do not have modern systems to reduce fuel consumption, but most of them are 8-cylinder.

Used cars consume a huge amount of gas each year which is higher than normal consumption. This issue is a loss for the governments and scrapping old cars prevents this loss.

Recycling of used car materials and parts is one of the most important industries related to the automotive industry, and for example: in Japan, 40 to 50% of new cars are made from recycled materials.

Recovery of vehicle materials and parts can, directly and indirectly, reduce the cost of a vehicle and should be used properly in financial planning.

In various other countries, such as Germany, very strict rules have been established to control and monitor the recycling process from an environmental perspective. The correct use of the recycling industry and the management of the use of repair parts is very effective.

This issue of recycling can also lead to careful planning for this industrial phenomenon, which will reveal its effects in the coming years. Recycling parts can not only help restructure the transport fleet and boost the economy, but also help protect the environment, create jobs, prevent the use of raw materials and preserve raw materials, and develop technology and recycle, collect polluting vehicles. And the reduction of additional costs, the design of new cars with recyclability up to 85%, etc. were mentioned as the most important goals of used car recycling.

Scrapping cars that can no longer be used or using them is dangerous for the environment and the weather in our city can help reduce a large percentage of air pollution as well as environmental pollution. In this way, we can have a healthier environment for ourselves and our children in the future.

The living environment is of particular importance. So you need to sell your used car to help the recycling centers and in its return get some cash. This also helps the environment as it reduces air pollution and increases safety and human health by reducing accidents. Selling a used car also help the cities to look more beautiful. make Brisbane beautiful. One of the most important reasons for scrapping used cars in the Brisbane, in addition to the prosperity of the country’s industry and production sector, is to help reduce air pollution and manage fuel consumption in Australia.

At Junk Car Removals we hope that enjoy this article. if want to get rid of your junk car and get the highest cash don’t waste time and CALL US 0483-333-444 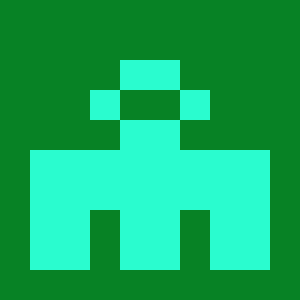